For Artists and Record Labels

We, TRQL Radio, exist for our listeners and for the Artists. We love you! We are ONE, You and Us! We are TRQL Radio!

You are an Artist? You are a Record Label? You are a Producer? You would like TRQL Radio to air something? Sure! We would love to hear from you! (see the testimonials of artists like you)

Submit your tracks and artwork to publish@trql.fm!

We spend a lot of time listening to old and new material. These are the persons in our "Listening Committee" (so far): 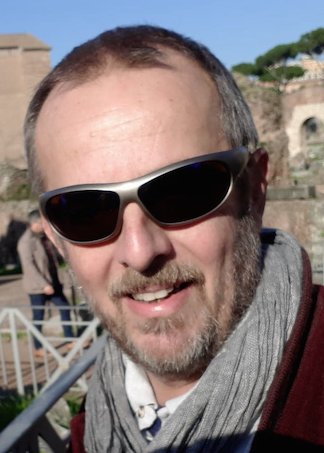 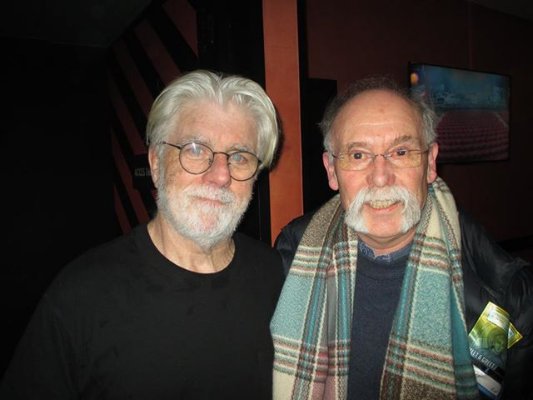 I am so honored and pleased to have been approached and invited to become a member of the TRQL « Listening Commitee ».

As a musician lover for more than 50 years I had the opportunity of listening, appreciating and meeting a so large number of musicians while working for some medias (Megastore, Radios, Clubs).

Now as a Community manager I am still in contact with some artists, blogspot owners, and few music business workers.

With my computer always connected to the web it's easier to stay in touch with all these guys who are still making this music I loved, I love, I shall ever love.

Having subscribed to many notification sources I receive daily news from all over the world about music and musicians. I have big opportunities yo discover old and new musical talents as well as album releases which can fit the TRQL program.

Browsing websites in search of the "pearl" novelties is also one my daily quest.

It's such a pleasure to learn every day what's happening here and there in the music areana and to share it all around me by AIR WAVES.

Giving the opportunity to the artists to be heard, listened and loved is the main purpose of my collaboration with TRQL Radio.

My commitment in this adventure is a pure LABOR OF LOVE.

LET THE MUSIC PLAY FOR THE WORLD'S HAPPINESS! 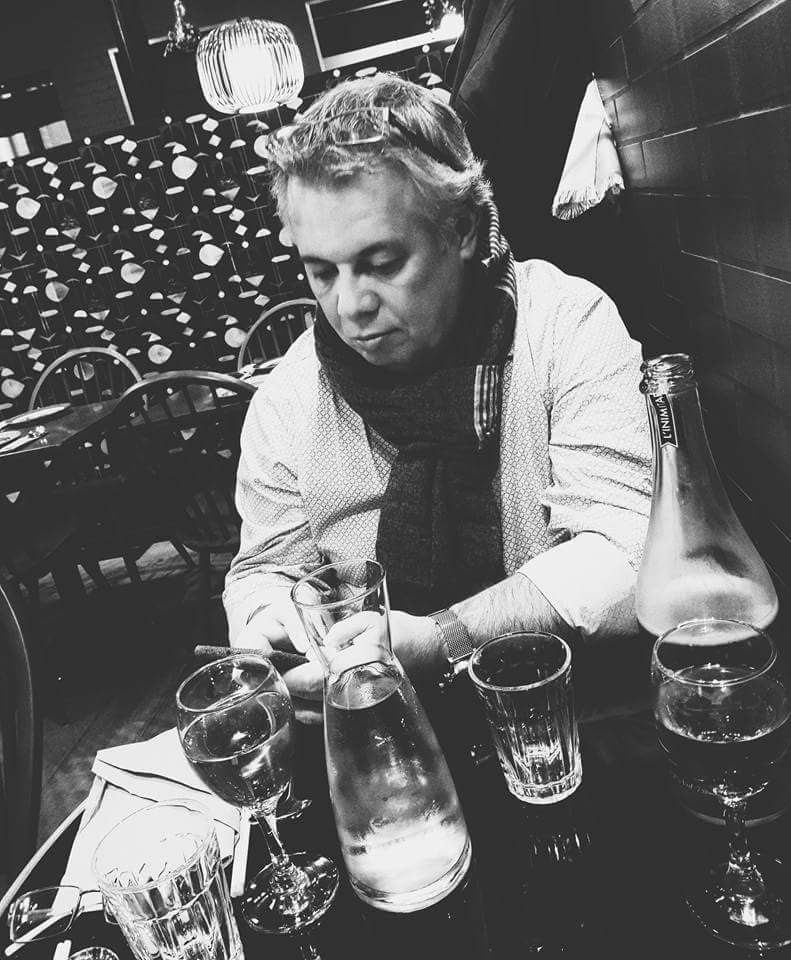 I've been inactive in music for so long that I need to work twice as hard as anyone else in this group to catch up with these guys!

This translates into 1 à 2 hours a day, listening to new music, groups I was not acquainted to, etc.

This role spans many areas of the radio and results in many artist contacts, email checking, downloads, catalog updates, selection of Air Powers, and the likes! But you know what? I love it!

If you're an artist or record label and if you would like TRQL Radio to air your excellent music, do not hesitate to send the tracks to our Listening Committee! Take advantage of it: it's free! We'd love hearing from you! Really, we mean it!

A long time ago in a band I started to listen to great classics of international music and I thought ... why not write my own music? Well, it was not easy to like the first few lines, but with time and natural maturity, I wrote some things that I have considered relevant. After meeting some radio stations in Brazil (where I was born and I live until today), I realized how complicated it would be to play in the mainstream, being an independent artist without a record label. Suddenly, the internet and its hundreds of radio stations have come up to give us the chance to be heard all over the planet. Thank you for the kindness and attention everyone treated me and my music. I am very grateful to everyone involved in each of my musical projects.
Chuck Eaton

« TQRL Radio, best radio ever.
Amazing playlists. Thanks a lot for sharing my music and my album. I will be very happy to work with you again for the next ones »

"Day by Day" is available now on the links below: 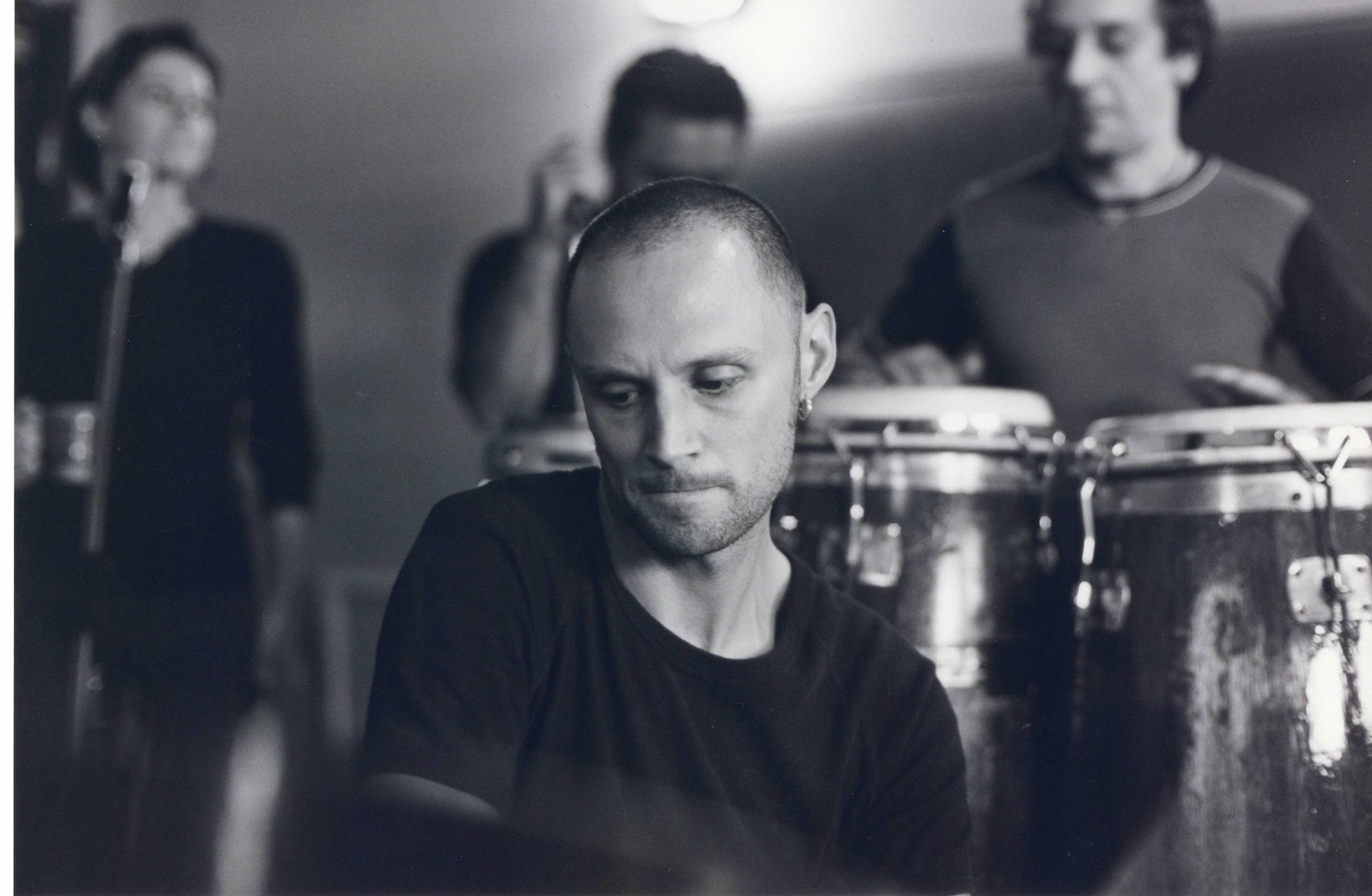 As far back as I can remember my dream was to be in the music business. To possibly one day see my name on the back of a big record either as drummer/ arranger/ composer/ producer or even as the artist. It was then I decided to set to work gathering as much information, knowledge & experience in all those above categories to hopefully achieve that goal & to my surprise, back in 2009 I actually did it. My debut album as an artist/ drummer/ arranger/ composer/ producer was complete.

The last little tick of the box would be to hear any of that music on radio fully aware of course that a large portion of the listening landscape had changed & indeed morphed into something somewhat different from that 7-year-old kiddos dream of his first album back in the 70's.

The Internet for the arts has certainly had its pitfalls since its inception in the 90's but slowly & surely we're beginning to see change. To our advantage & even more so today, are due to the launch of what's now known as Internet Radio (or Internet Radio Stations). These have at last given independent & established artists the opportunity to not only widen their desired audience but to have their music heard on somewhat of a global level. Simply put, it's gone from the possibility of not being heard at all to the likelihood of being heard by hundreds, thousands or even millions of people worldwide. Internet Radio Stations like TRQL.

When Patrick contacted me on Facebook regarding adding my music to their playlists I was, as always, humbled that it fit their criteria & even more so by the fact rather than asking for the music, they'd indeed purchased it via iTunes. I knew then that these guys were serious about music, their platform for listeners & the artists. We were a priority. And before I knew it, my tracks were added to their playlists & I must say never before have I had so many tracks added. A true delight!

Thanks TRQL for your ongoing support to all artists &I'm sure I can say this on behalf of us all. It doesn't go unnoticed! 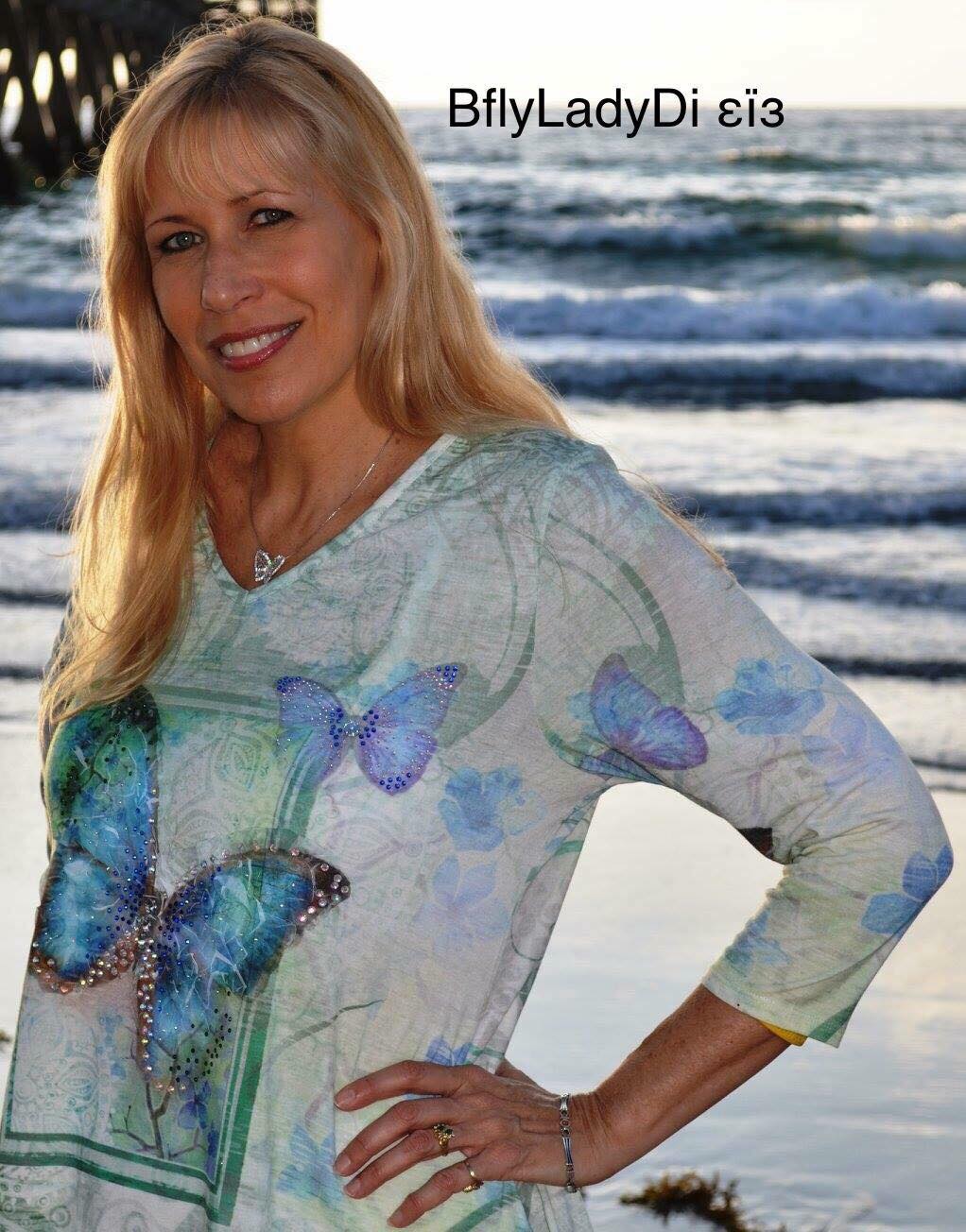 It is not every day that dreams come true, but I will attest that it is never too late!! Growing up, I always wanted to be a recording artist and thanks to the love of my life, Mr. Vince Broomfield, he has made that dream come true. Vince wrote my songs, played the music and produced me on my first four songs. My first recording (“Just Never Give Up (The Cancer Fight Song”) was created because Vince knew that I wanted to perform at the fundraisers that I organize for my children's cancer foundation, which I started as a promise to my only daughter Arielle, who passed away from bone cancer. The Arielle Anacker Cancer Foundation, a non-profit charity organization assists needy children with cancer and helps their families pay their bills during the child's treatment and also funds research to find a cure for Ewing's sarcoma bone cancer. Together with my son, Michael Trivelli, Vince and I created also a video on YouTube which we hope will go viral and spread our message of hope and love to all cancer fighters in the world. https://youtu.be/lQHP1063XjI

I released two singles in 2017, “Left Out” and “If You Let Me Be Your Lady”. Both songs charted between the UK and Canada and catapulted me into the worldwide arena of R&B/Soul music.

When Patrick approached me and invited me to submit my music to TRQL Radio, I was extremely humbled! We have established a lovely friendship and I am so grateful to have such amazing support from this station. The platform that the TRQL team is building is a tremendous tribute to all artists. Sharing our music with the world with their format by mixing indie artists with signed artists is an honour and a privilege!! I encourage all artists to share their music with TRQL Radio!! It is an eclectic station that plays music that we all love to hear!! Thank you TRQL for your unwavering support and friendship and much continued success with the station as you grow your catalog!!

Much Love to you all!! 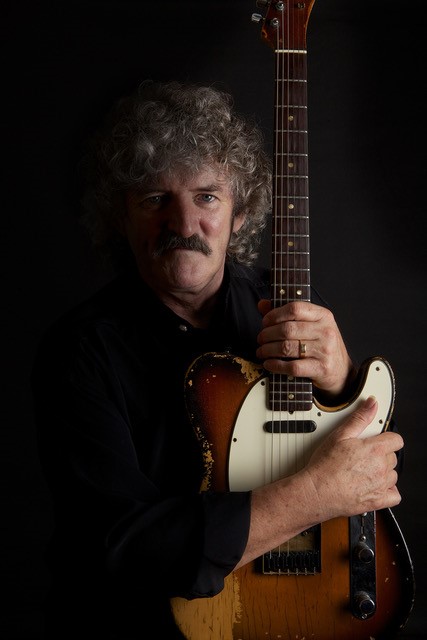 ‘Without the support of stations like TRQL Radio, my album Rhythmized would never be heard by West Coast music lovers around the world! Thanx guys you are the best. Baz.' 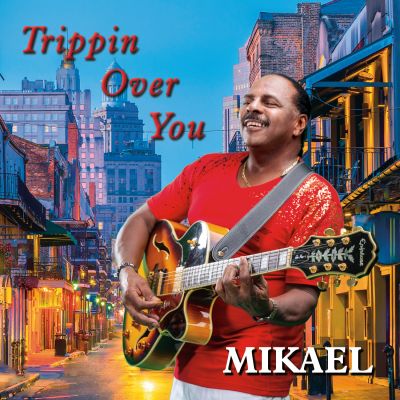 “As a result of having been a featured Artist on TRQL, originating out of Belgium, it appears that I have earned even more respect among my peers, and shown the leaders in the music industry, that I have what it takes to compete around the globe. Thank you Patrick Boens, for providing me this opportunity. I am deeply honored to have been given a role on a Channel that operates around the clock, along with the magnificent sounds emanating from your airwaves”.

Currently out with his new Single, “Trippin Over You” 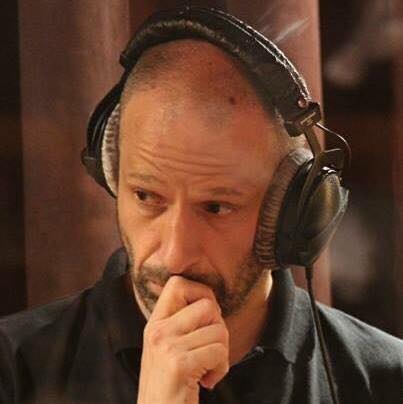 I'd like to thank TRQL Radio for playing my music.

I'm very honored to be part of their great music programming.

Nowadays it has become so rare to be supported by radios … so thanks again and enjoy their musical choices which, for sure, won't deceive you !!!

TRQL is such a great station! I love to listen to TRQL because of its uniqueness and strength in musicality.

I love their motto – WE ARE ONE! YOU AND US! … WE ARE ONE!. I love that because that is how I feel when I listen to TRQL!

The weaving of the music creates a beautiful tapestry that lends to wanting to come back and listen daily!

I am very honored as a Recording Artist to have so much of my music in rotation! To be played among so many other great Artists and Musicians from every genre is truly a blessing!

I am an Indie Artist who has quite an eclectic body of work and I don’t fit in a box so having the support of TRQL is such a blessing! TRQL is a way cool station that embraces Artists like me who enjoy being who we are and making great music, that is missing in the market place today, as well as the great standards and brilliant music of traditional Artists!

This station has something for everybody! I absolutely LOVE TRQL! BELGIUM ROCKS!!! 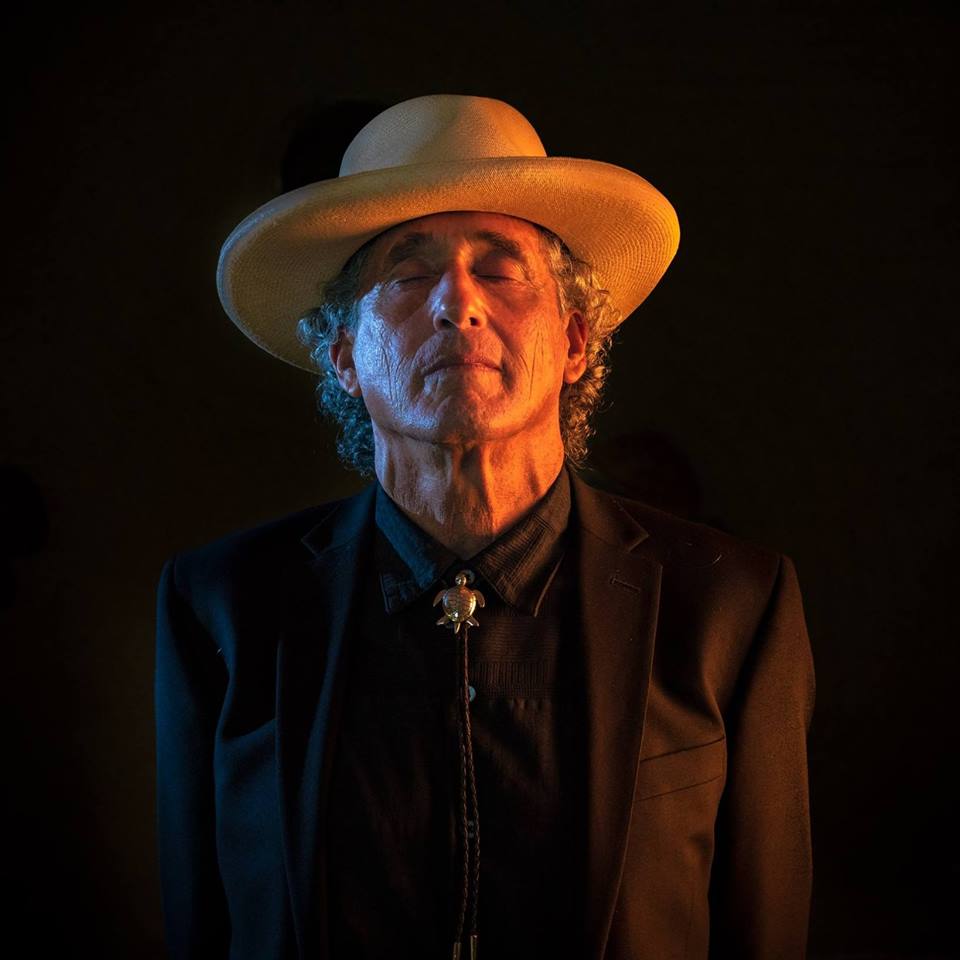 I just want to say how glad I am that TRQL Radio in Belgium exists. At a time when corporate radio has pretty much taken over the airwaves TRQL Radio and its discerning and tasteful DJ’s have arrived to save the day or shall I say save the music! It’s almost impossible for recording artists who are not on the top of the charts to find a way to get their music heard and that’s where TRQL Radio shines by providing a wonderful platform for lesser known artists to have their hard-won music heard across the airwaves around the world.

I'm in Hawaii still wet from surfing, I tune in to TRQL and am taken on a musical journey through many grooves and musical landscapes to a place where real music resounds. Thanks for being there for us, appreciate it big time and keep up the good work!

I am extemely grateful for the support and exposure TRQL Radio has given my music.

It is an honour to be played along side so many great artists.

Album "Ghost In My Heart" 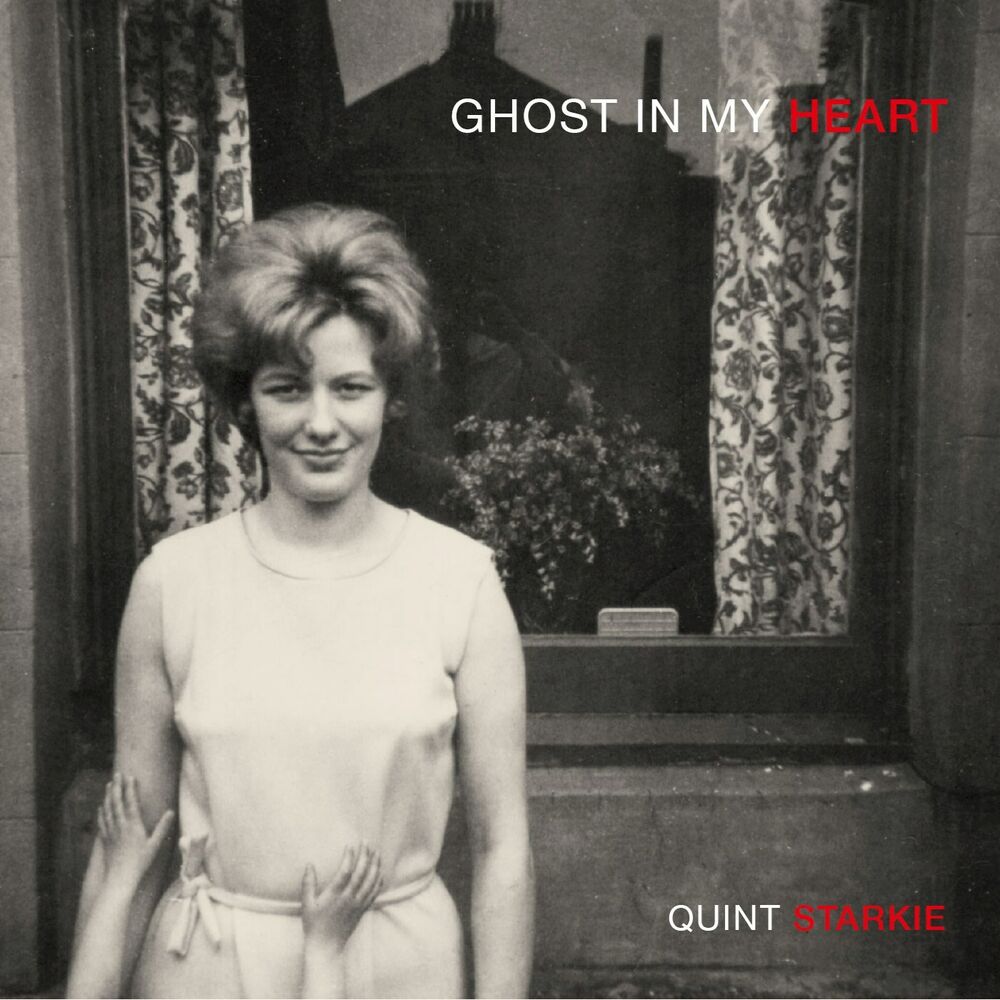 Thank you TRQL Radio for support in my music I send you my love from Greece !💗 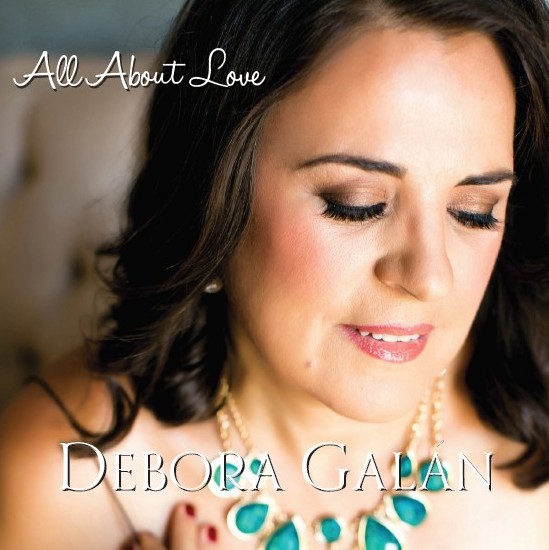 TQRL has it going on. From mainstream to independent artists. I was so grateful to be invited to join the TQRL family and have their support of my debut CD, All About Love. As an independent artist, Patrick made a place for me, in a genre that is somewhat in it's infancy-what I call Smooth Latin Jazz! :) They have a great lineup and I feel honored to be in the company of such great artists!

Thank you Patrick and TQRL! Looking forward to what 2019 will bring.

If you would like TRQL Radio to air your music, use the form beneath to submit your tracks. Thank you!